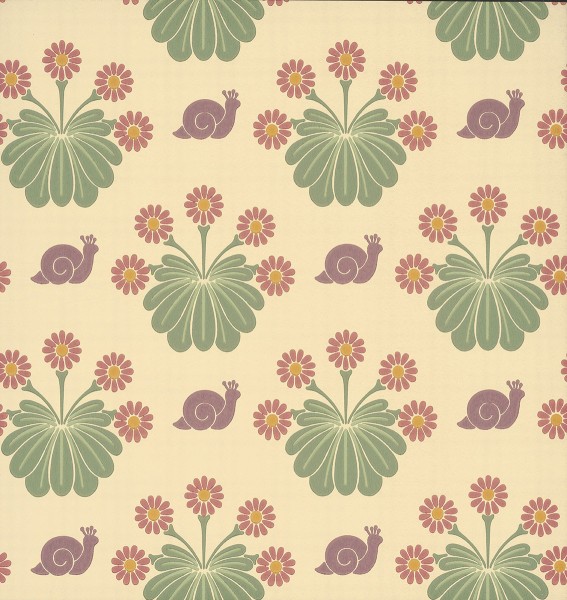 Built between 1869 and 1874, Knightshayes Court in Devon was designed for the Heathcoat Amory family by the Gothic Revivalist architect and interior designer William Burges. An eccentric and, at-times, controversial character, he designed some of the most original and extravagant Victorian interiors, sometimes while dressed in medieval costumes. This quirky, charming wallpaper adorns the walls of one of the bathrooms and, whilst it’s known to be his design, was introduced in a later restoration, following a period of many years during which subsequent generations of the family tried to minimise the house’s elaborate High Victorian Gothic styling.